Did you know that Amsterdam’s beloved mayor Eberhard van der Laan passed away after losing his battle with lung cancer?

When Van der Laan stepped down from public duties last September, a large crowd paid tribute to their mayor outside his official residence on Herengracht and sang one of his favorite songs, ‘Aan de Amsterdamse Grachten’.

“Take care of our city and of each other. Farewell”, Van der Laan wrote in a letter to the people of Amsterdam to announce his resignation.

Damrak: one of Europe’s busiest streets 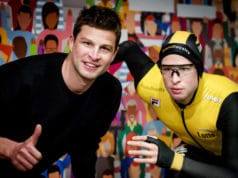 Meet the stars at Madame Tussauds in Amsterdam